Several thinkers have described three elements (hypostases) of the human being. The psychologist William James refers to material me, spiritual me, social me; the psychoanalyst Sigmund Freud describes Id, Ego and Super-Ego; According to Søren Kierkegaard man is a synthesis of a psychical and a physical element; however, a synthesis is unthinkable if the two are not united in a third. This third element is spirit.  Martin Heidegger mentions "In-der-Welt-Sein, Dasein, Mitsein"; and Jean Paul Sartre analyzes "Corp, En-soi, Pour-autrui". All of them refer to the relations of the human being to the universe, to self and to the society. In order to understand existence, we should first examine reflexes and oscillations. Based on natural reflexes, conditional reflexes may be developed, when a (conditional) stimulus appears just before an (unconditional) stimulus that starts a natural reflex ending to a movement or an excretion. After some repeats, the conditional stimulus is adequate to produce the response to the unconditional stimulus without its presence. Humans may develop secondary conditional reflexes based not only on natural reflexes but also on preformed conditional ones. Thus they may distinguish words. By interchanging words they may develop reason ("Logos") which is common to everybody and not only to those speaking the same language. Furthermore, since conditional reflexes develop only if the conditional stimulus precedes the unconditional one, the difference between before and after becomes significant and the concept of time develops. Conditional reflexes may also suggest how the concept of space develops, by combining several senses from each point of the body and even outside the body. Inspiration may be generated without any external stimulus. The function of the human mind as an oscillator, may explain it. Oscillators, like a clock, generate signals without receiving any external stimuli. Our sentiments and volition function like relaxation oscillators that present both excitability and automatism. For the first time we start existing as physical (sensed) beings at the moment a paternal sperm fertilizes a maternal ovum. A new being (sensed Ego) is formed, the difference of which from its physical environment is obvious to everybody. It develops according to a schedule existing within itself independently of the mother that offers it only prοtection and energy. The only one that may not conceive its existence is the embryon itself. Its surface is covered by a great number of sensors that receive stimuli from both inside and outside. These physical stimuli are constant and identical from both inside and outside so that the embryon cannot distingusish itself from its environment. At the moment of birth the endometrial non existence is divided into a being that continues being constant as the embryonic one and an unpredictably ever changing environment. A new person is formed (conceived Ego), that is directly accessible only to itself, while everybody else may conceive (or conclude) its internal function (thoughts, sentiments, volition) only indirectly, observing the behavior of its sensed Ego. Sometime later the new being will be inserted into its society by a social ritual, like ancient "amphidromia", baptism, registration in a registry etc. A new individual (social Ego) is generated. The three hypostases of the Ego differ among themselves in many aspects. The conceived and the social Ego are integral, but the sensed Ego may be amputated. The sensed and the conceived Egos are unique, while the social Ego is identical with all other Egos, at least at the moment of its entrance in the society. The sensed Ego lives within the physical time and space, while the conceived Ego lives in one point, here, and for one moment, now. The social Ego lives in the memory of the society anytime and anywhere. As the time of birth of the three hypostases differs, similarly the same holds true for their death. The sensed Ego dies at the moment that its homoeostasis ceases. The conceived Ego dies before the sensed one at the moment of its final differentiation of itself from its environment. And the social Ego dies when its social environment forgets the deceased. No other thinker described the different time of birth and death of the three hypostases of Ego. The reflective and oscillating function of our brain may explain both the behavior of the sensed Ego and the internality of the conceived Ego. The auxiliary verbs (I am, I have, I shall/will) may help in further elucidating the relations between the three Ego hypostases. I (the sensed Ego) am what I (the conceived Ego) have. So there is a slavery relationship in which the sensed Ego which supports the conceived Ego belongs to it. Also, I (the social Ego), am what I (the conceived Ego) wants (will) responding to what the society wants and is received by the social me as must (shall). Again a slavery relationship between the social Ego that opposes the volition of the conceived Ego and the volition of the latter. The acceptance of the three Ego hypostases may further help in understanding obscure values, like love, truth, liberty, equality and others. Elucidating such values might contribute in attempting the development of a real democratic state. 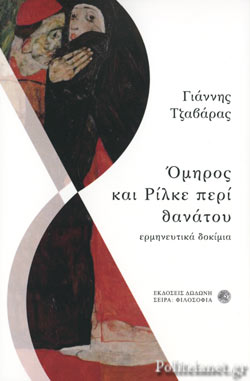 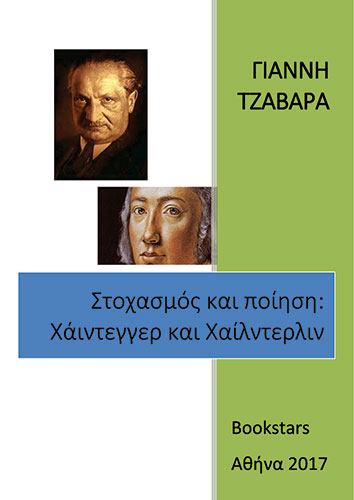